The House: The REAL Reason I Started Blogging

July 24, 2012
I started blogging two years too late, but I guess it is better to start at some point than to never start at all. For years I've needed a writing outlet that would just let me write and write and write, yet I was so busy being "super teacher" that I never took the time for myself. Now I know that I need to do this for me, even if I'm only writing while I catch up on the latest DVR'd HBO show. So why is this two years too late? Because I really NEEDED to start writing this blog two years ago when we moved from Indianapolis to Fort Wayne.

Two years ago I hit the lowest point of my adult life. I had a husband and daughter who loved me, I was healthy, and I was finally starting grad school. However, I didn't want to move. I was happy with my life in Indy, I loved my job, our friends, our church, and I didn't want to relocate and start over. Emotionally, spiritually, mentally, and financially, I had hit a serious low point and had a difficult time seeing any flicker of light at the end of the tunnel. In the center of all this unhappiness sat our new house. Our big, cheap, fixer-upper of a house. I will probably write more about our "summer home" in Indy that has never sold, and is currently on its second renter, but this is my introduction to our Fort Wayne home.

My husband Jeff grew up in a beautiful old farmhouse that his parents have spent 25 years renovating, moving from room to room one year to the next. Since we started dating, they have started over, now redoing long vacated bedrooms and rooms that have become seriously outdated. I grew up watching This Old House with my father and visiting home shows. Bob Villa was my introduction to reality TV. My dad was always dreaming of what could be, and I caught the fever. While I went through a phase during which I hated old houses, the historian in me learned to love them again. My father likes to remind me of the nine-year-old who threw a temper tantrum because of the old house we bought when our family moved to Illinois. To be honest, that was more about fitting in with my wealthier friends than about hating old architecture. I eventually came around and returned to a growing appreciation for old architecture. This love grew after a semester in Europe where I got to see houses older than the United States. New houses are fantastic, but old houses have character. They have hardwood, built-ins, and no two houses are alike, or at least it seems that way. For years Jeff and I had discussed, rarely seriously, our desire to get a fixer-upper. We were a young couple with dreams that were constantly changing. When we discussed a fixer-upper, I wanted to rehab an old house, possibly a Victorian or Craftsman. Instead, we chanced upon our 1950s oddity.

Once we made the decision to move with Jeff's company to Fort Wayne, we started looking for houses non-stop on Realtor.com. We were constantly sending each other houses while we were at work, discussing them, and then sending them on to our realtor. One day our house showed up on my email as a new listing. I saw it, sent it to Jeff, and we KNEW. It was our house. Our realtor was not so convinced. She had seen the house with former clients and said it was dirty, scary, and she wasn't sure that she wanted to go into the house again. We would not be deterred. We needed to see the house ourselves, so we quickly scheduled a visit to Fort Wayne, called up both of our dads and asked them to come down so that we could get second and third opinions, and check out the foreclosure that would become our new home. Three months and many hoops later the house was ours.

The house was a mess. The parents had left the house in the hands of their teenage children and the house quickly deteriorated into a party house. Neighbors have told us all sorts of horror stories about what went on in the house. By the time we got the house, I couldn't believe that anyone had willingly lived there. Every inch of our huge, nearly 4000 sq ft home needs to be redone. Our first weekend we cleaned what we could so that our one year old daughter would have a place to play, took out every piece of carpet and put it in the dumpster (several cats had turned all the carpet in the house into their personal litterbox), and cleaned the kitchen and bathrooms so that we could "live" in the house. Three days later I started grad school, Jeff started work, and our "adventure" with our house had begun. 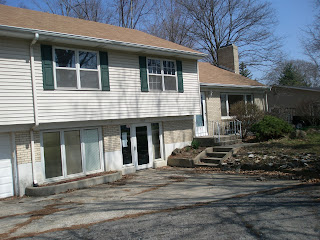 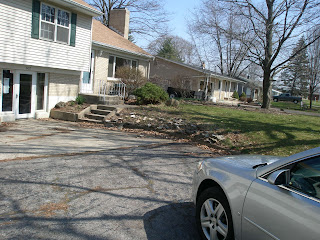 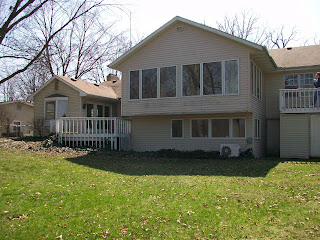 During my second semester of grad school I took a non-fiction class during which I became inspired to write a book about our house, but between having another baby and working full time, this book has never transpired. And so I am finally sitting down to write about the move and the house, deciding that a blog might be the best way to do so. I write to remember the experience and ensure that we don't forget how far we've come, and how far we may still need to go to make this our dream home. I write to commiserate with all sorts of people. With those who also found themselves crushed by the housing crisis as they attempted to sell homes in depressed housing markets while also buying new homes in places where they had been relocated. With those idealistic enough to believe that they can change a monstrosity into a thing of beauty, and poor enough to realize that it isn't going to happen as easily or quickly as once imagined. And I write to share our experiences, vent my frustrations, and maybe find answers for our most troubling questions, such as "why put carpeting in a bathroom?" The posts about the house will be scattered, but who knows. Maybe this will eventually become the book I imagined I could write a year ago. In the meantime, enjoy. 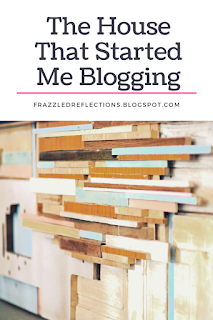 Popular posts from this blog

Open Letter To My Daughter 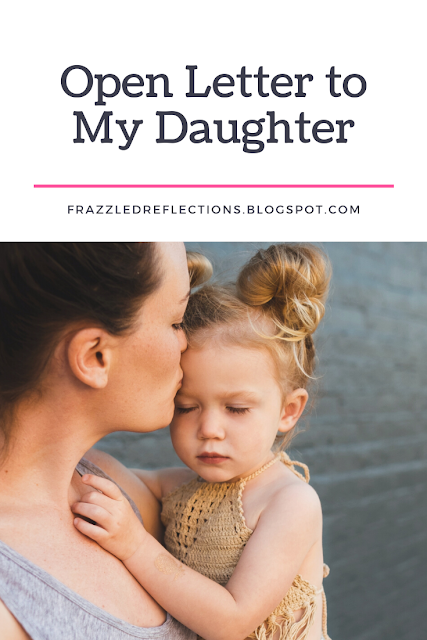 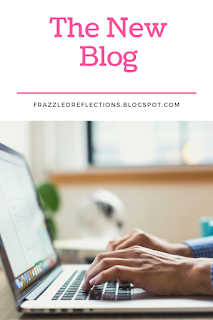 I know that it's been several years since I wrote in this blog, but that's because I've moved over to another blog. If you want to read about everything I've been doing for nearly five years, here it is: Learning to Accept the Unexpected Journey . You can also follow me on Instagram:  https://www.instagram.com/sarah.styf/ Facebook:  https://www.facebook.com/sarahstyfwriting Twitter:  https://twitter.com/sarahstyf Pinterest:  https://www.pinterest.com.au/sarahstyf1450/
Read more